I think this may be the last Full Circle Monday for a little while..no photos have been mailed out recently.

This full circle was helped along by Iggy and Abra.  If I am ever lost..these two should be able to find me! They are awesome researchers.  Many thanks!  I mailed the photos to Ron in Isle Minnesota he is the son/grandson of Stephen and Agnes. 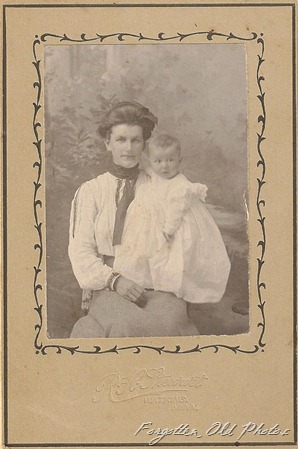 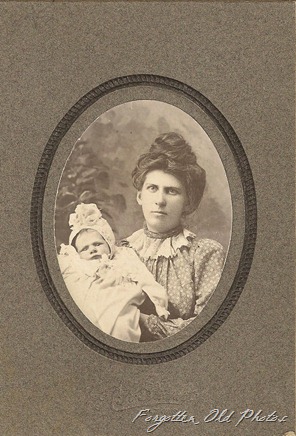 I bought this photo at the same antique shop, it is the same photographer that took the photo of Agnes Brown and her son Stephen.  The women look similar.  Similar enough for me to include this photo with the other one.

I heard back from Ron and Karen:

We got your letter, picture, and what a surprise. The picture #777 is Ron's grandmother Agnes holding Ron's dad, Steve, but Steve was born in 1904. We had never seen this picture before. We do know that Steve was from a very large family. Steve's mother Agnes was married to David Brown and they had eight children. After David passed away Agnes married her sisters(who had passed away) husband, and they had more kids I think, plus his from his first wife. Steve always said that he had 14 brothers and sisters. Picture #781 is Steve's sister Leatha Brown, One of 5 sisters. Picture #778 could be Agnes, we don’t know. We are comparing it to an old photo that we have here. We don’t know who she is holding but it has to be one of her first kids. We have an interesting photo that we are sending to you. But there's no date on it so we don’t know what year it was taken.

Thank you so much, you gave us lots to think about.

Here is the photo they sent. 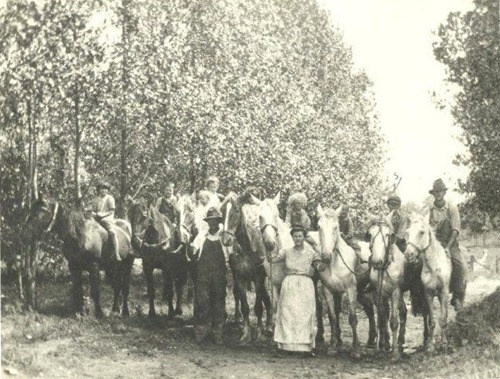 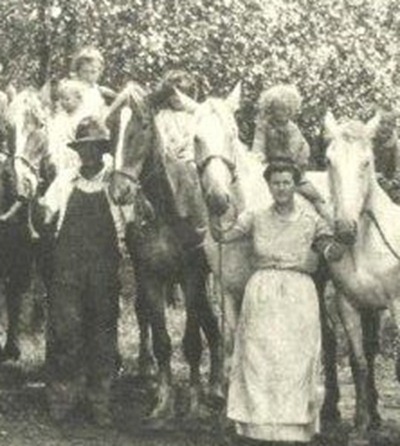 Looks sure like Agnes to me.  It is a wonderful old photo and I thank Ron and Karen for sharing!

I will most likely mail the photograph of Leatha Brown to Ron also.  I wanted to wait just a bit to see if Abra or Iggy found any closer relatives to Leatha who is photo number 781.