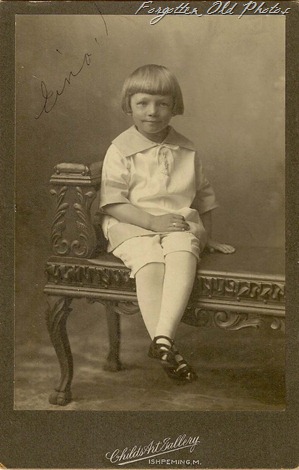 Researcher Abra worked tirelessly to return this photo to family.  He appeared on  March 10, 2010 almost two years ago.  With just one name Einar and the Ishpeming Michigan location.

I may have found Einar. I compared an adult photo to this one, and the smile, hair color, and eyes all appear the same. I sent a message to the tree owner and keeping my fingers crossed that Einar will be no longer forgotten. He's been one of my soft spots over the years! ;-) Abra

I sent this to another person that has Einar Werner in his private family tree. Perhaps he is a grandson of Einar. (I really hope this is the right Einar, and I believe it is). I hope someone wants him home! ~Abra

Einar has arrived! I will scan him in and add his image to my ancestry .com tree.

Thank you again, For the great service you are doing. Sharon

She also wrote that  if a family member that is more closely related show ups..she will mail them the photo.

I have used that photo of Einar in several headers at the top of this blog. Perhaps that was always a reminder to Abra to keep looking.

Thanks Abra..and Congratulation on finding Einar a home!

Sharon sent us a photo of Einar as an adult!  Thanks Sharon! 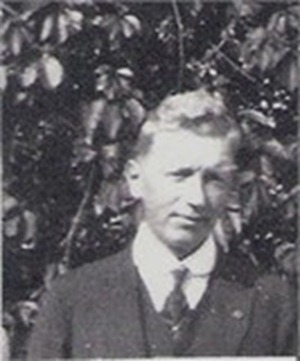 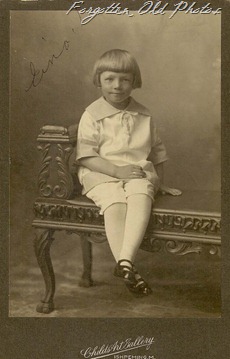