This is a snapshot from Solway Minnesota. 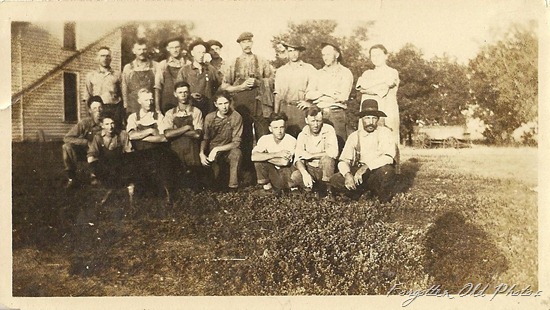 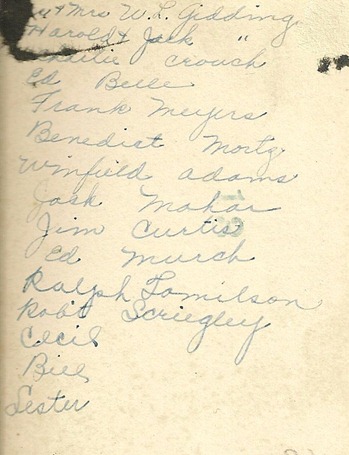 Update from Abra:
Gidding is actually Warren & Nellie Giddings, according to census records. They lived in Brandrup, Wilkin County, MN. In 1910, Nellie Green (nee Russell) is a 25 year old divorced mother of two boys, Harold and Jasper Green, living in Prairie, Kansas with her parents. In 1920, she is in Minnesota, married to Warren, and the boys are listed as Giddings. In the 1930 census, the boys are still at home with their parents, and they are listed as adopted sons of the head of household (Warren). Jasper is now going by Jack. Warren Lewis Giddings (1872-1950) died in Los Angeles. Nellie (1883-1974) died in San Diego. Jasper (1906-1970) died in Los Angeles. Harold (1904-1978) died in Breckenridge, Wilken County MN.Harold had a couple sons, with a likelihood they are still living. I will see if I can find them and get that info to you or see if I can find a family tree..