This is a photo from the Antique Shop in Detroit Lakes Minnesota. 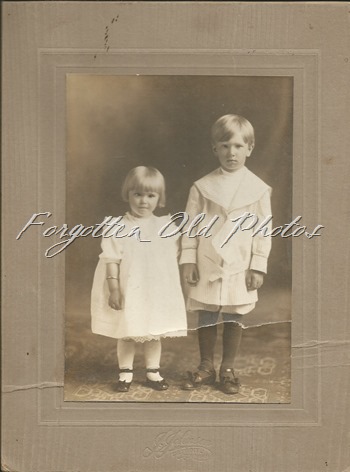 Gordon and Lucille Johnson
Ed F   Lily sister’s kids
Thanks for stopping by.  A Johnson…I know they are so many in Minnesota.  Interesting that the photographer and the kids are both Johnsons.