This is a photo from the Antique Mall in Detroit Lakes Minnesota. 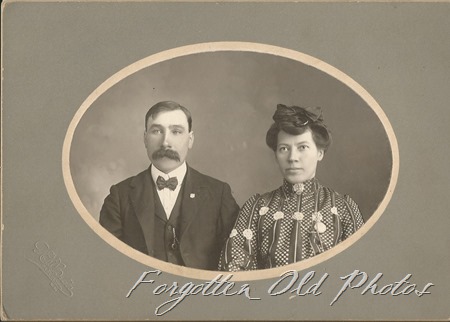 The photographer is from Casselton N.D.
The lady is wearing a really different patterned blouse with what looks to be small crochet decorations.  She also has a watch fob pinned to her blouse.  I think she may have some kind of hat with a large bow in her hair. 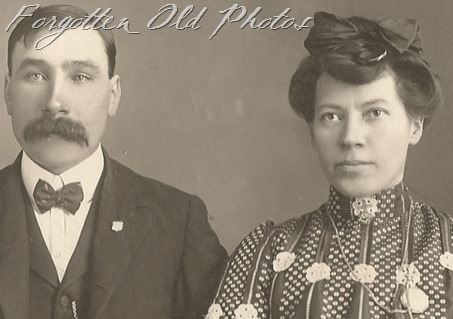 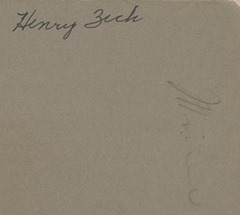 There are two names on the back of the photo.  Henry Zech Zick and another unreadable name that starts with a M----.

Update from Becky:
I think that this couple might be Henry Zick and his wife Pauline (nee Gruel) who were married in a rural church near Leonard in 1900. Leonard is just south of Casselton a few miles.

If this is Henry and Pauline Zick they had five children, amongst them were Victor and Lorraine.  Victor had a number of children.
Posted by Far Side of Fifty at 4:02 AM