This is a snapshot from the antique shop in Detroit Lakes. 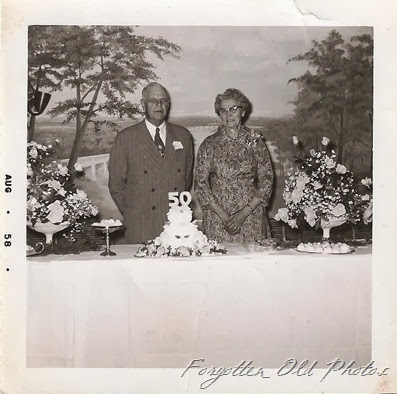 The photo was developed in August of 1958.
I found the mural behind them interesting.  It looks like a bridge over a river.