This Full Circle began with an email. 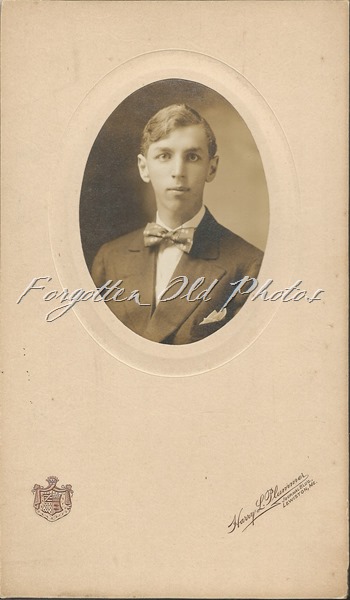 Dear Connie, I just stumbled upon your blog while searching for my ancestor, Wentworth Wright:
I can't tell you how surprised and pleased I am to see this photo. I'm wondering if you might be willing to part with it. I would happily pay you for the photo and postage.
Justin

Hi Justin, Yes I still have the photo and I am happy to mail it to you.  I will need your address.
Can you tell me how you are related?   I hope you can share a bit about Wentworth for a Full Circle post I will write after you have received the photo.  Connie

He received the photo and shared this about his Great Uncle.

Wentworth Spencer Wright and his two younger siblings were raised in Vermont and Maine. Whether as a product of his era or as a reaction to his father’s modest means as a teacher and principal — or both — Wentworth pursued a business career that would give him a high standard of living. After graduating Hebron Academy in Maine, he set his sights on the insurance business and moved to a city where he was sure to find plenty of customers: San Francisco, where residents were rebuilding their homes and their lives after the great earthquake and fire of 1906. He joined a firm in San Francisco briefly before going into business for himself, building a client base both in the city and across the bay in Oakland, where he eventually bought a home in one of the town’s more illustrious neighborhoods. Wentworth’s mother, brother, and sister followed him to the Bay Area after their father’s death in 1912. Sister Eleanor pursued a career as an actress; not much more is known about her and she had no children. Brother Lawrence, after a few years spent managing drug stores and soda fountains, opened two businesses of his own that became beloved local institutions: one a soda fountain and sweet shop in the Napa Valley, the other a restaurant in Santa Rosa in Sonoma County. Wentworth and his wife had one son and two grandsons, one of whom is his only surviving descendant. Lawrence had one son, two grandchildren, and three great grandchildren, of which I am one. The photo of Wentworth will be passed on to his grandson, with whom I have been collaborating on a written family history.

I am always pleased with a happy ending!
Thanks for stopping by!