This is quite a story.  Makes me smile and I hope it does you too!
I got an email.

Grandparents wedding picture #1605 Sundby/ Skogstad
I hope you are Blogger who can help me.  I would like to have a copy of  it if that is possible.  I am very slow at this, I would call if I had your number.   My father was the  second youngest son.  There were six boys and two girls.  Looking forward to hearing from you.  Lona

I located the photo and sent it off in the mail. 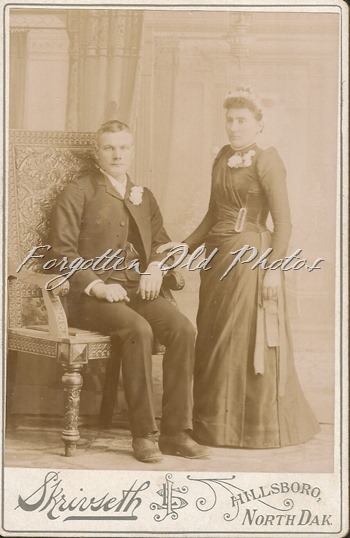 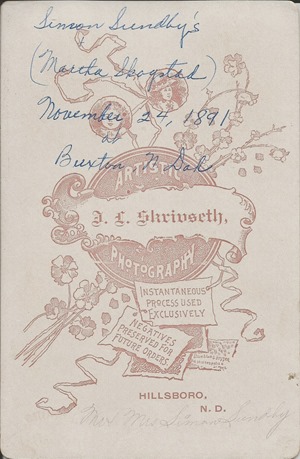 I got a message on my home phone from Lona she called one day when I was gone.
Last week a package was delivered to me, inside was a family history booklet  called the Skogstad – Sundby Saga Including the Brathole-Einsby Lines ( We have had Einsby photos returned to family.) 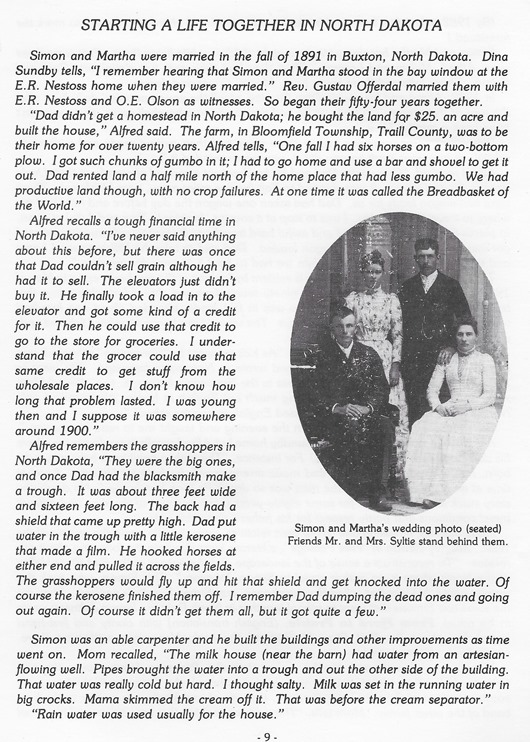 One part in this narrative was familiar to me.  Could it be?
“I remember hearing that Simon and Martha stood in the bay window at E. R. Nestoss home when they were married.” 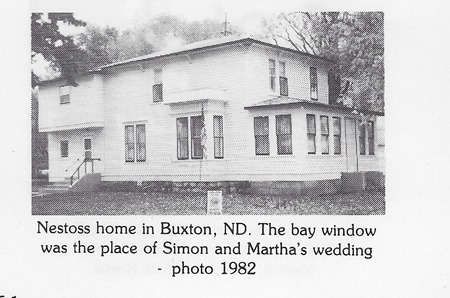 This was a beautiful home.  That front parlor where they were married in the bay windows was beautiful.  Ornate oak wood trimmed all the windows on the inside and double pocket doors separated the parlor from another room possibly the dining room.  At least it was the dining room when our daughter and son in law purchased it.   It was said to be the former Governor Ragnvold Nestos home when he was Governor 1921-1925….when he came to America he lived with his Uncle and Aunt…you guessed it E.R Nestoss (Nestos) 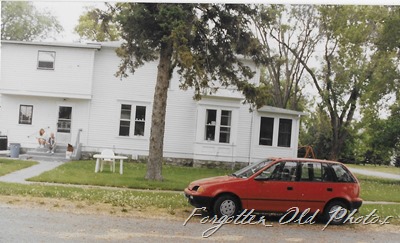 Our daughter’s home in Buxton ND in 1995.  That is her and my husband on the step.  We had just sold our resort in Minnesota and moved in with them for a few months in Buxton until we moved to Harwood ND.  So we lived in the Governors Mansion for a time too.  Sadly a fire started in the laundry room in 1997 and the house was a total loss including a dog and a cat.  My son in law and granddaughter Savannah escaped with two dogs, our daughter Trica was at work.  They rebuilt on the same spot and lived in Buxton for a number of years. 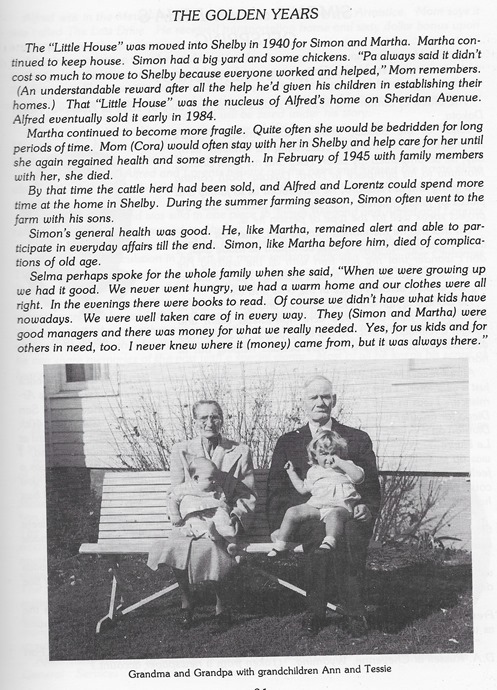 Martha and Simon Sundby in later years.  They moved to Montana  in 1913. They had eight children.

Lona writes:
Thank you Connie!  I must apologize for the condition of this book they were printed a long time ago and the glue has given out.

Clarice the author is a first cousin of mine.  I believe it was printed in the middle 1980’s.  I’ve marked some pages with tabs that I felt might interest you.

The first is page 9.  You will note that Grandma’s dress is white.  I wonder about that but of course we will never know.

You really made my day as I’m sure you have many others.  If you have other calls on this picture feel free to give them my name and address if they are interested.

I grew up just a mile from “the ranch” which was 30 miles North of Shelby Montana.  I knew all of my first cousins and many of their children.  Some were nearly my parents age.  Thanks again Lona.

I cannot answer why she has two different dresses...we may never know.
Wow what a great Full Circle!  Thanks for stopping by!