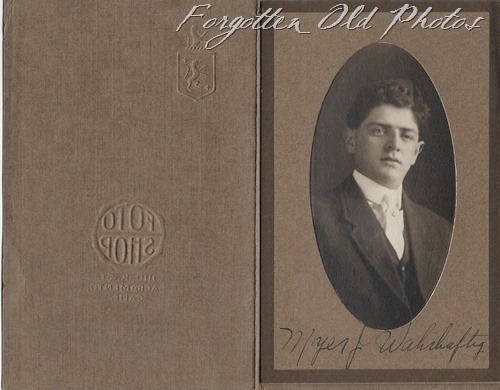 Photo taken at the Foto Shop Sacramento
Thanks for stopping by.

Update from Jacqi:
Myer Wahrhaftig lived for a while in Fresno, California--you can find him, his wife Rae, and their two daughters there in the 1940 census--but by the 1950s lived in Oakland, California.Myer was born in "Russia" according to the census record, but that refers to the area within the Russian borders at the time of the 1940 census, which borders have since, of course, changed. He was born July 5, 1888, according to the death record in California, where he died September 15, 1955. He was a doctor.