This is a Cabinet Card from the antique shop in Pequot Lakes Minnesota. 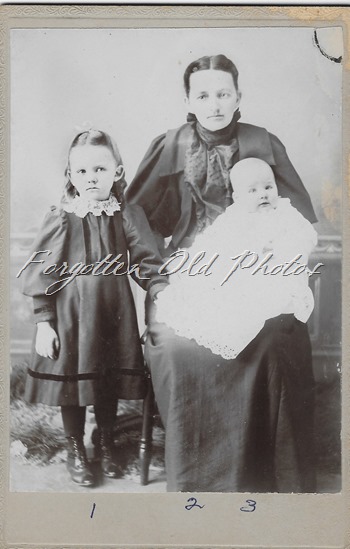 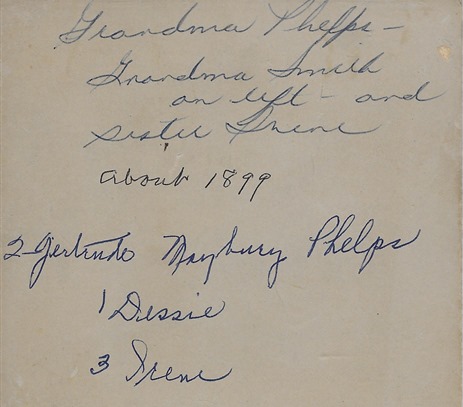 Grandma Phelps
Grandma Smith on left and
sister Irene
about 1899
2.  Gertrude Maybury Phelps
1. Dessie
3. Irene
Yesterday we had a postcard that went to a Robbie Phelps…and little Wallace Henry Koopman’s mother was named Nellie Maude Phelps so this is probably a relative also.
Thanks for stopping by.