This is a photo from the antique shop in Pequot Lakes Minnesota. 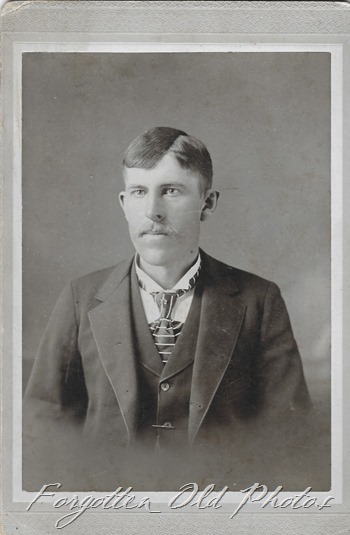 A fellow with a wild tie. 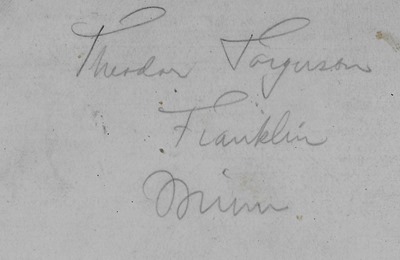 Theodore Torguson Torgason or Torgerson   Franklin Minn
Thanks for stopping by.

Update from MJM:
I think that this Theodore "Torgason" listed in the 1930 census at Bandon, Renville Co, MN might be this man. Theodore Torgason, age 58, dob 1872. Hilda Torgason, age 50, Benford Torgason, age 19, Ardis Torgason age 14. The Township of Bandon is directly north of the town of Franklin, MN in Renville county. I have an obituary for a Gilbert "Torgerson" who was born in Bandon Twnshp and died there in 1944. His surviving brothers were Lars and Theodore Torgerson. Their parents were Andrew and Borgia Torgerson.
Posted by Far Side of Fifty at 2:00 AM