This is a Real Photo Postcard from the antique shop in Pequot Lakes Minnesota. 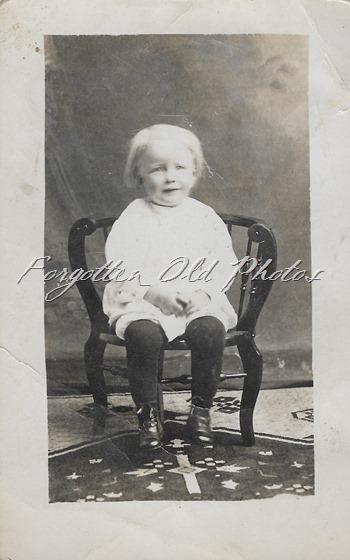 A cute little guy whose feet don’t quite touch the floor. 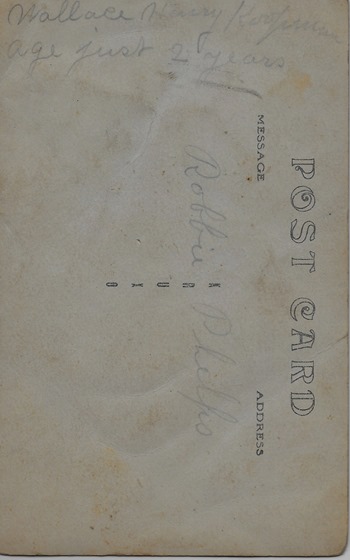 Wallace Henry Kooperman?  Koopman age just two years.
It apparently was meant for Robbie Phelps.
Thanks for stopping by.

Born in Minnesota on 8 Aug 1912 to Herman Henry Koopman and Nellie Maud Phelps. Wallace Henry married Lydia Ella Haas and had 3 children. He passed away on 6 Apr 1987 in Sleepy Eye, Brown, Minnesota.