This is a snapshot from the antique shop in Moorhead Minnesota. 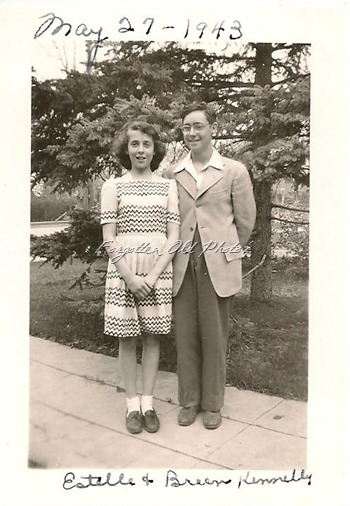 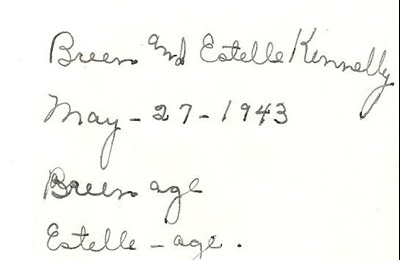 Brother and sister?  Maybe.  The names are reversed so they are both Kennelly’s.
I bought this snapshot because of the names of course and because I was quite taken with the Ric Rac trim on her dress.
Thanks for stopping by.  Do come again:)
Update from Iggy:
According to the 1940 Census, Breen Kennelly born 12 May 1928 in North Dakota and lived at 825 Fourth Street, Bismarck, Burleigh, North Dakota with his parents Roy and Helen nee Breen, and his sister Estelle, who was two years younger. He had one older sister, Royanne, and one other younger sister Helene.Douglas Breen Kennelly  passed away on 16 Mar 2001, he is buried in Union Cemetery in Mandan ND.    Estelle M. Kennelly was a dietician at the St. Alexius Hospital.An obituary of an Aunt shows Estelle married to a Mr. Shirley.