I have a couple of photos of Foreign Soldiers. 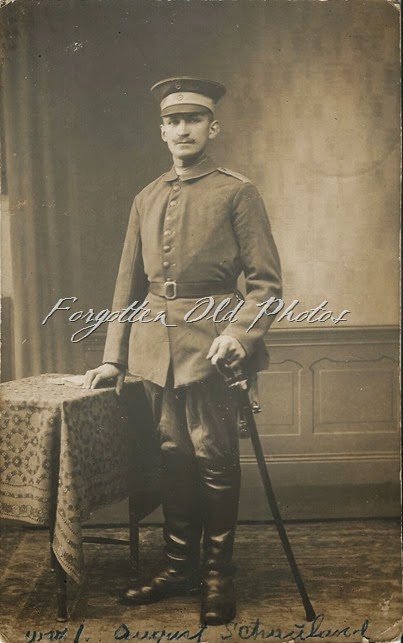 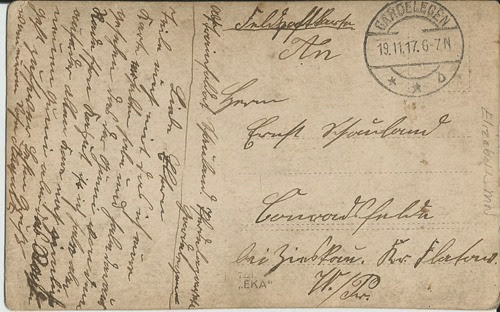 Postcard from November 19, 1917
perhaps someone can translate? 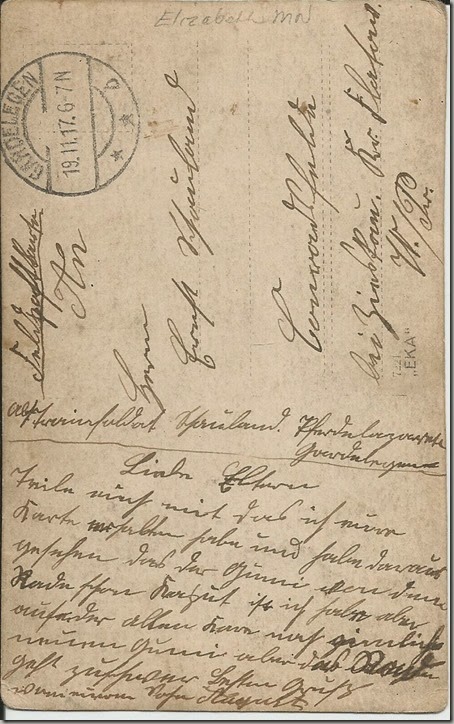 I purchased this postcard from the antique shop in Elizabeth Minnesota.
Thanks for stopping by.
Translation from Susanna Rosalie:
Here is what I could make out:August Schauland wrote the 'Feldpostkarte' (army postal service card) to his parents. The address:Ernst Schauland, Conradsfelde, bei [near] Ziskau, Kr. [Kreis=county] Flatow, W./Pr. [West Prussia]He is sending it from somekind of a military hospital (Lazarett) in Gardelegen:Abs. [sender]...ier[?]soldat Schauland [?]delazarett GardelegenWill try to decipher and translate the text later.For as now, I found a researcher- Ralf Schauland - on a website called 'POMMERNKONTAKTE - a researchers contact database for Pommern' who is researching the Schauland-family in the town of Conradsfelde, county Flatow (it once belonged to the provinces of West Prussia as well as Pommern). I will e-mail him in German with the link to this blog concerning the photos 1749+1750.
Posted by Far Side of Fifty at 4:03 AM