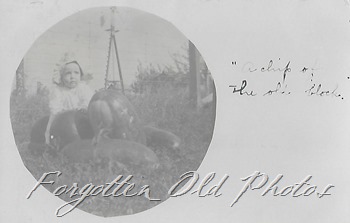 “a chip off the old block” 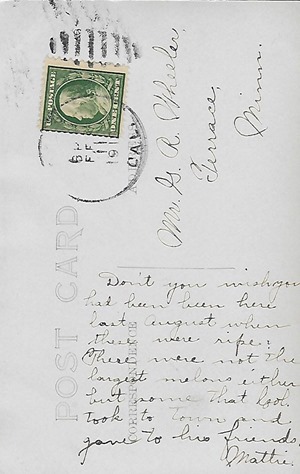 Don’t you wish you had been here last August when these were ripe.  These were not the largest melons either but some that Ipol? Col took to town and gave to his friends.  Mattie
It was mailed in 1911 possibly in California.  It is addressed to Mr G R Wheeler Terrace, Minn
Thanks for stopping by.
From MJM

From Iggy:
George R had a daughter named Martha...I wonder if this is the Mattie that wrote the postcard. Jennie A and Martha M were children with his first wife. May and George A with his second wife
Posted by Far Side of Fifty at 2:02 AM