This is a photo from the antique shop in Royalton Minnesota. 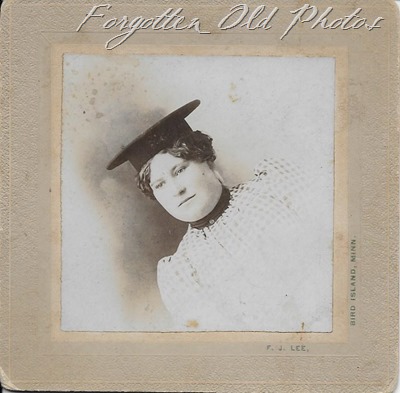 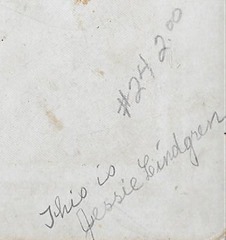 This is Jessie Lindgren
Thanks for stopping by.
Update from Sue:
Jessie Freda Lindgren lived in Palmyra township, which is just southeast of Bird Island, in Renville County. She married Charles E. Pearson on 06/06/1914 in Renville County. They later moved to Cannon Falls MN. Jessie & Charles had one daughter, Valeria Christine, May 5th 1918. Valeria married Edward Charles Jungwirth and had 2 sons.
Posted by Far Side of Fifty at 2:02 AM