Thi is a photo from the shop in Pequot Lakes Minnesota. 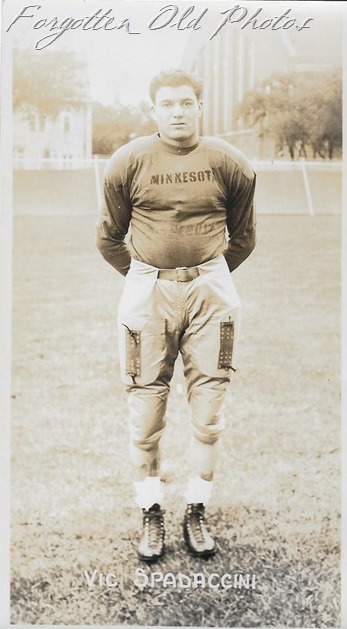 Vic Spadaccini
He played for the Minnesota Golden Gophers in 1936. He was  a NFL Pro Ball Selection in 1940.  He played three seasons for the Cleveland Rams.  He is buried in Fort Snelling National Cemetery in Minnesota..  He was born March 2, 1916 and died April 28, 1981.
Thanks for stopping by.
This photo went Full Circle 161 on Monday September 25 2017
Posted by Far Side of Fifty at 2:02 AM