Here are two photos from the antique shop in Elizabeth Minnesota. 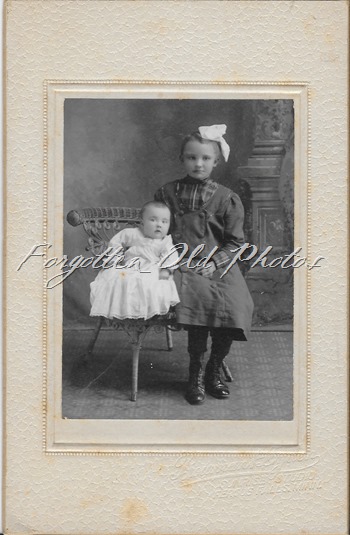 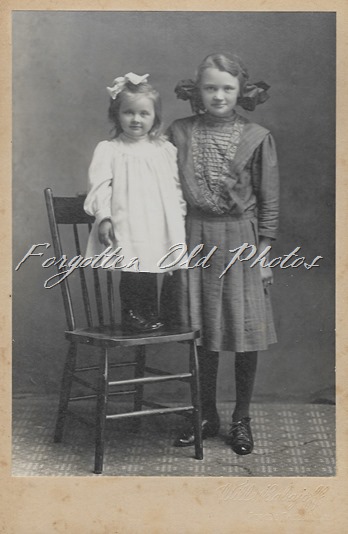 Mr + Mrs E Leithe
Myrtle and  Evelyn
I believe it says 11 yrs under Myrtle’s name and 3 yrs under Evelyn’s name.
Both photos were taken in Fergus Falls Minnesota.
Thanks to a link from Iggy I found an obituary for Evelyn.
Evelyn Nellie Leithe June 23 1909 – September 16, 2005
She went to Battle Lake High School and then on to Moorhead State Teachers College, she taught school in Ottertail County Minnesota.  In 1957 she moved to Japan and taught English there.  In the 1970’s she was the caregiver for her Father ( but he died in 1956) and sisters?  how many did she have? I only know of one Mable Berthe Leithe Berquist 1895 – 1979.  Did she have a sister name Myrtle or was the photo mis marked?  She moved to Redmond Washington in 1996 to be near her nieces.
Thanks for stopping by.
Update from Iggy:
Myrtle Anna LEITHE was born on 7 Nov 1900 in Battle Lake, Otter Tail Co., Minnesota. She died on 28 Jan 1996 in Minneapolis, Hennepin Co., Minnesota.(4) She was married to Oscar Samuel WELTZIN on 31 Dec 1922 in Battle Lake, Otter Tail Co., Minnesota. Children were: Ruth Angeline WELTZIN, Lorraine Winifred WELTZIN.