This Full Circle began with a comment by Sallysmom ,  “Could this be the Fred Bleese from Photo Number 1819?”  Well that Fred Bleese Photo went Full Circle 111 to Elizabeth….so I emailed her. 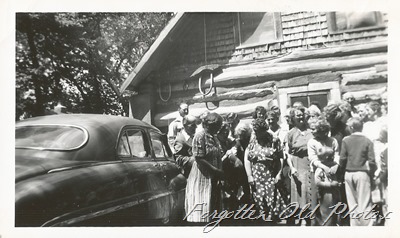 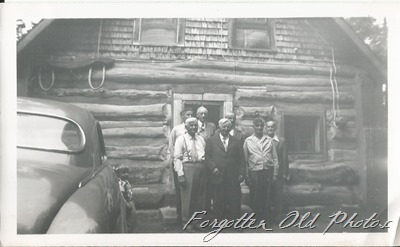 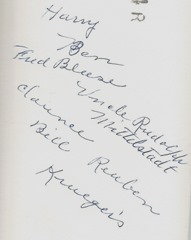 There were names…all names that were familiar to Elizabeth.  So I sent them off in the mail.

Turns out there were other photos of relatives already on the blog. 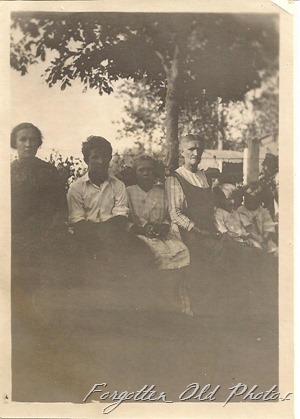 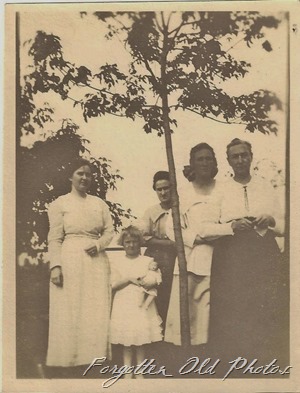 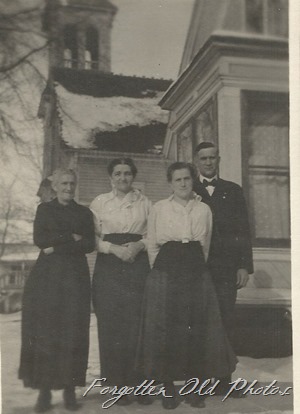 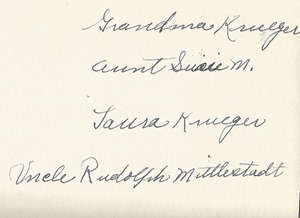 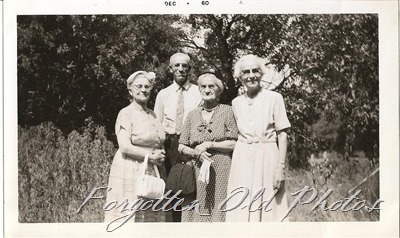 AND I searched through all the old photos from the antique shop in Detroit Lakes that I had not presented yet and I found a few more. 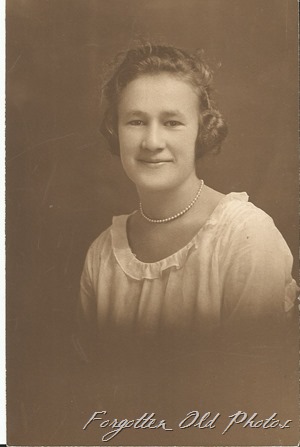 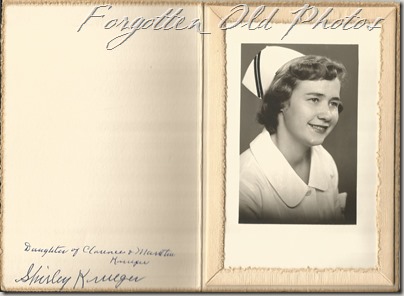 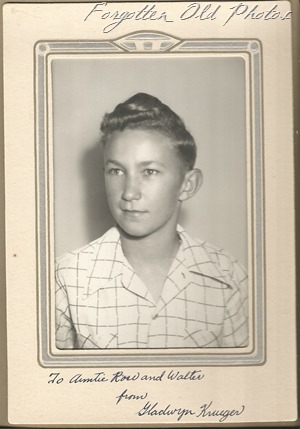 To Auntie Rose and Walter from Gladwyn Krueger

All together nine photo comprise this Full Circle.

I emailed Elizabeth the names on the photos.

Connie, those are some familiar names as well. Could you send them with the others? Thanks again for this service you do. Elizabeth

I mailed them off:

Thanks Connie, the photos arrived the other day. Elizabeth