These are WW2 era photos.  Now for a question?  Could these possibly be photos taken at a facility where POW’s went before they came back to the States?   Last night I was searching names and had a hit on this fellow.  There was a Charles Eubanks that was a POW.  His great granddaughter left a message on a POW site in 2002.  I emailed her.. you never can tell. 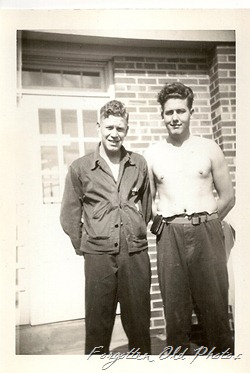 This is Charles Eubanks from Little Rock Arkansas on the left and “Gene” on the right.   I believe that Gene was from Minneapolis Minnesota.  I also believe that he is a relative of Margaret Lundborg’s..that was the name on the outside of this package of photos. 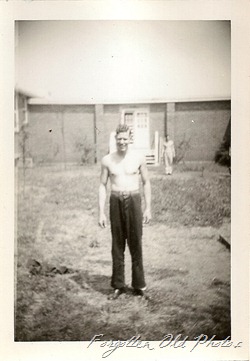 Another photo of Charles Eubanks  Little Rock Arkansas.
Thanks for stopping by, do come again:)