We will look at some foreign CdV’s this week.
This is someone’s Grandmother. 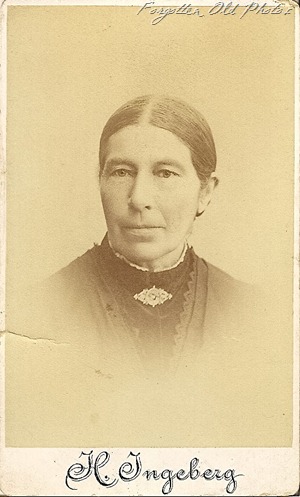 The photographer must be H. Ingeberg 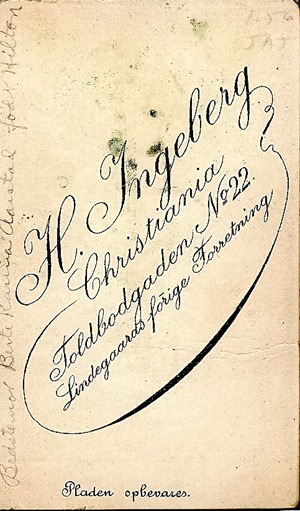 Perhaps someone can translate better than I can..is this from Norway?
Thanks for stopping by, do come again:)


Update from Anonymous:
Hilton is not a very common name in Norway, but definitely Norwegian. The Hilton farms can be found at Kløfta, just north of Oslo.

If that is true, then we have a connection. Berthe's brother is Halvor Nilsen Hilton, whose son is Augustus "Gus" Halvorson Hilton, who moved to USA and married Mary Genevieve Laufersweiler. They had 8 children, among these Conrad Hilton (1887-1979).

Conrad Hilton started the hotel Dallas Hilton in 1925, and I guess you know where it leads...


Kløfta is a place in the municipality of Ullensaker (in Akershus, Norway).

Ole Olsen Aarstad was the goodfather of August, mentioned above.