I just got an email from Harlan’s daughter in law..she wrote:
Hi Connie
I think what you are doing is so cool!  I definitely have some pictures, I don't know who they are ~ I was too young when those who might have known, passed away before I was interested in who~what~where!
I have pictures that came from my aunts ~ but some I don't know if they are a direct relative or relative of 'the in-laws' of the aunts!  Oh well!
My goal is to someday get them scanned!
Thanks again for the picture!
Bonnie ~ Gary Gilbertson's wife ~ Harlan Gilbertson's daughter-in-law.  Gary just took Mom ~ Trudy, Harlan's wife home ~ and she enjoyed seeing the picture, and that it was in the form of a 'postcard'! 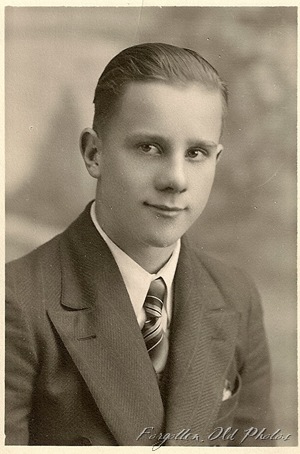 Harlan Gilbertson Photo Number 522
This connection was possible with Iggy’s (Intense Guy’s) willingness to track down names and phone numbers.  Thanks Iggy!  I made the phone call, and yes it just happened to be Harlan’s son that answered the telephone.
Thanks for stopping by, do come again:)
Posted by Far Side of Fifty at 6:26 PM